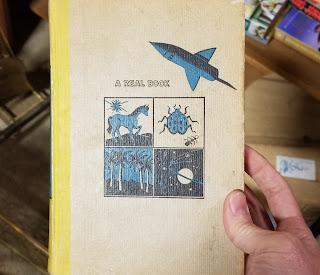 Posted by jfulford at 7:00 AM No comments:

Writers need to read, so it's good to look back at the year's consumption. I'm a notoriously slow reader, but ho! I did pretty well in 2019.

These were a mix of old, new, famous and not-so-famous. Dan DeWeese and Leni Zumas are from the Portland, Ore., scene. The surprise was Elizabeth Hand. Need to read more of her. Venus was a major disappointment.

How to Love by Thich Nhat Hanh
Snow Falling on Cedars by David Guterson
Fire. Plus... by Elizabeth Hand
A Visit From the Goon Squad by Jennifer Egan
Gielgud by Dan DeWeese
I, Lucifer by Glen Duncan
On the Move: A Life by Oliver Sacks
Venus in Furs by Leopold von Sacher-Masoch
The Testaments by Margaret Atwood
Ten Poems about Love selected and introduced by Lorraine Mariner
Red Clocks by Leni Zumas

Whitney Otto also comes out of the Portland writing community. Keya is my dear friend in western North Carolina who is incredibly smart and translated the work from Sanskrit. Yeah, it's okay to feel small now.

Dear Life by Alice Munro
How to Make An American Quilt by Whitney Otto
Philosophy of the Bhagavad Gita by Keya Maitra
Game of Thrones, Book One, by George R.R. Martin

Started But Lost Interest In

Gosh, I wanted to like all of these, but my attention span can't absorb multiple characters, too many plot lines (oops, I wrote a book like that!), or over-indulgent, self-centered figures (Henry and Hunter).

Love in the Time of Cholera by Gabriel García Márquez
Bel Canto by Ann Patchett
Tropic of Cancer by Henry Miller
The Master & Margarita by Mikhail Bulgakov
The Cat's Fancy by Julie Kenner
Girl, Wash Your Face by Rachel Hollis
Hunter, The Strange and Savage Life of Hunter S Thompson by E. Jean Carroll

Went Back to Again and Again

The Book of Joy, Lasting Happiness in a Changing World by Dalai Lama, Desmund Tutu, and Douglas Carlton Abrams
A Return to Love by Marianne Williamson
Be Here Now by Baba Ram Dass
The Collected Poems of Theodore Roethke by Anchor Books

It's good to have goals!

Suggestions?
Posted by jfulford at 8:02 AM No comments:

Email ThisBlogThis!Share to TwitterShare to FacebookShare to Pinterest
Labels: reading, The Real Life of a Writer

How to Be Connected but Disconnected

My tracking device, that is my smartphone, got a good talking to today. I told it, Hey, listen, I'm putting some limits on this knowing-what-I'm-up-to-every-sec-of-the-day routine. I suppose the steps I took to undo my location finder (at least) will help a fraction from my info being bought and sold in an unseen exchange within a dark transaction void used by the multi-national corporations.

This romantic notion that I can somehow spare myself and my children from become marketable data or monitored targets may be a little futile. I frequently wonder what it would be like to go "off-the-grid" entirely. The grid just sounds like a torture machine. There's a certain allure to living so independently from everyone and everything "connected." People write books about disconnecting. I have several friends who have tried it or are nearly disconnected. But in truth their lives seem more connected or tuned to other things, mainly nature and art. They're doing the modern version of Walden Pond.

It's an American ideal to do everything yourself, on your own, those proverbial bootstraps. I'm not talking necessarily about living without running water or electricity. My friend who tried that on the Kansas prairie ended up retrofitting his house when he got remarried. Let's face it, we want to be comfortable.

But do these crazy smartphones of ours, that have more computing power in them than was available on the Apollo 13 mission, give us the comfort we really desire? I'd argue no. Yet I spend far too much time on my phone, and if I can't look at the notifications or check the temperature or use my calendar, I get a little agitated. The computer engineers designed them that way! Miss me when I'm gone. It's a strange feeling now to walk around without one. Maybe I need to spend a few days away from it. Maybe a few weeks. Maybe forever? Maybe I'd write more. I'm pretty sure I'd still be living and breathing and enjoying the world without it.
Posted by jfulford at 7:16 AM 1 comment:

Do the math: landing a book contract is the equivalent of winning the lottery. No bombshell there. I'll use a recent rejection letter t...