It is Always the Writer 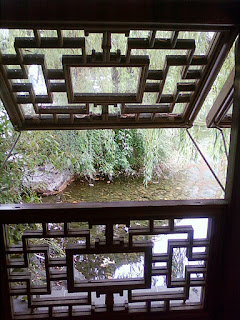 The point of view is his, hers, theirs, mine, I.
But it is always the writer.

The story can be a journey to a place seldom seen, vistas or sand.
And it is always the writer.

The questions are answered, the conclusions are drawn, nonsense is sense.
For it is always the writer.

Changes and growth evolve in epic feats and minutia. Characters cry & love & live & die.
And it is always the writer.

Do you know who I am?
In The End, not the story.
Posted by jfulford at 8:03 PM No comments:

Moby Dick In Vain? Of Course Not

My labor may not be in vain. There is now a book about why I should slug along in half-hearted compulsion to read Moby Dick. The book is aptly titled Why Read Moby-Dick? You can read a story and find an interview on NPR today.

The reasons not to read Melville are numerous. Do I need a book explaining why I should continue on in my quest, which may take me several years? Perhaps. I'm still in the game. No applause necessary. I figure it's part of my writerly duty.
Posted by jfulford at 7:32 PM No comments:

SPAM, Acronym for Some Poets Are Misunderstood 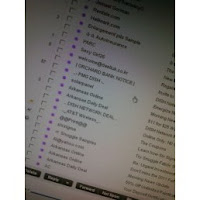 Of course, I haven't finished it yet. I haven't even gone beyond page ... I'm not going to tell you the page number. Moby Dick is a monster. The novel, not the whale itself, which has not made an appearance yet in my classic-lit guilt trip.You are cheering for me, right? Trouble is, I'm easily distracted. By other books. Coffee. Blogrolls. Biscuits. Oh, and revisions.

I get a little anxious thinking of all the books I'm never going to read. Ack. I need air. I want them, need them, would actually like to vacuum them up like crumbled Oreos, but no way is it going to happen. I'm doomed to plod through a book about every three weeks, that is if I am pushing (Roth's book is good right now). The clock is working against me. Oh, and sleep, I need a little shut-eye, too.

Today in Paper Moon Books on Belmont I acted willfully with another book, The End of the Affair, a Graham Greene novel that I've stuffed in my purse (after I paid for it). Wasteful retail therapy. It's not shoes for me, thankyouverymuch. I have a fear that someday someone who matters will ask me what I think of X author, and I'll respond with a dumb look. "I haven't read that writer yet." A completely shameful answer. I'll start practicing: "Is she the one who wrote (insert title)? Because that was a damn good book."
Posted by jfulford at 8:47 PM No comments:

(knock, knock) 2011? You in there? Don't mean to disturb you but...WHOA, what have you got on your head? Editing Goggles of Unusual Size and Thickness? Seriously. Those lenses look three inches thick. Okay, well, could we have a chat out in the living room? It's October now, and your stay is almost over.

Hey, listen, you've been, well, to put in mildly, a bit of a challenge. I know, I know, you've had a lot going on, but take this deadline, for instance. I think you are going to have to kick it in gear. Yes, I understand self-editing is a challenge. Yes, I also see you've got the goggles; they certainly aren't rose-colored like the ones you owned in Asheville. But, you've gotta hump. If you don't get these edits done, well, your window is shuttered.

Then what? NaNo? You're kidding, right? But you said that was for groupies and wannabes. Oh, a love-hate thing. Can't argue there. But you shouldn't get too wrapped up in it. I mean, look at how unproductive your June and July were. Hey, now! Keep it clean. Admit it, you didn't write a thing both months, that's a fact. And no, the really bad poems don't count.

And I hate to bring up another sore subject, (pat knee), but you've got that other manuscript shoved in a folder. You don't care? Ah, but I can see behind those goggles that you do. You don't fool me. Hold on a minute, 2012 doesn't deserve to start her year with that on her plate. Have you asked her yet if she wants to be handed a bag of writhing snakes at the door? She'll know what to do? Well, maybe you're right.

So, it's been nice talking to you. Hang in there. I'll let you get back to the editing. Need anything? You know you can't drink while you're writing. A shot of sake later maybe? Fine, and hey, in January, tell 2010 I said hello.
Posted by jfulford at 8:41 AM No comments: