"The book was better, they said." 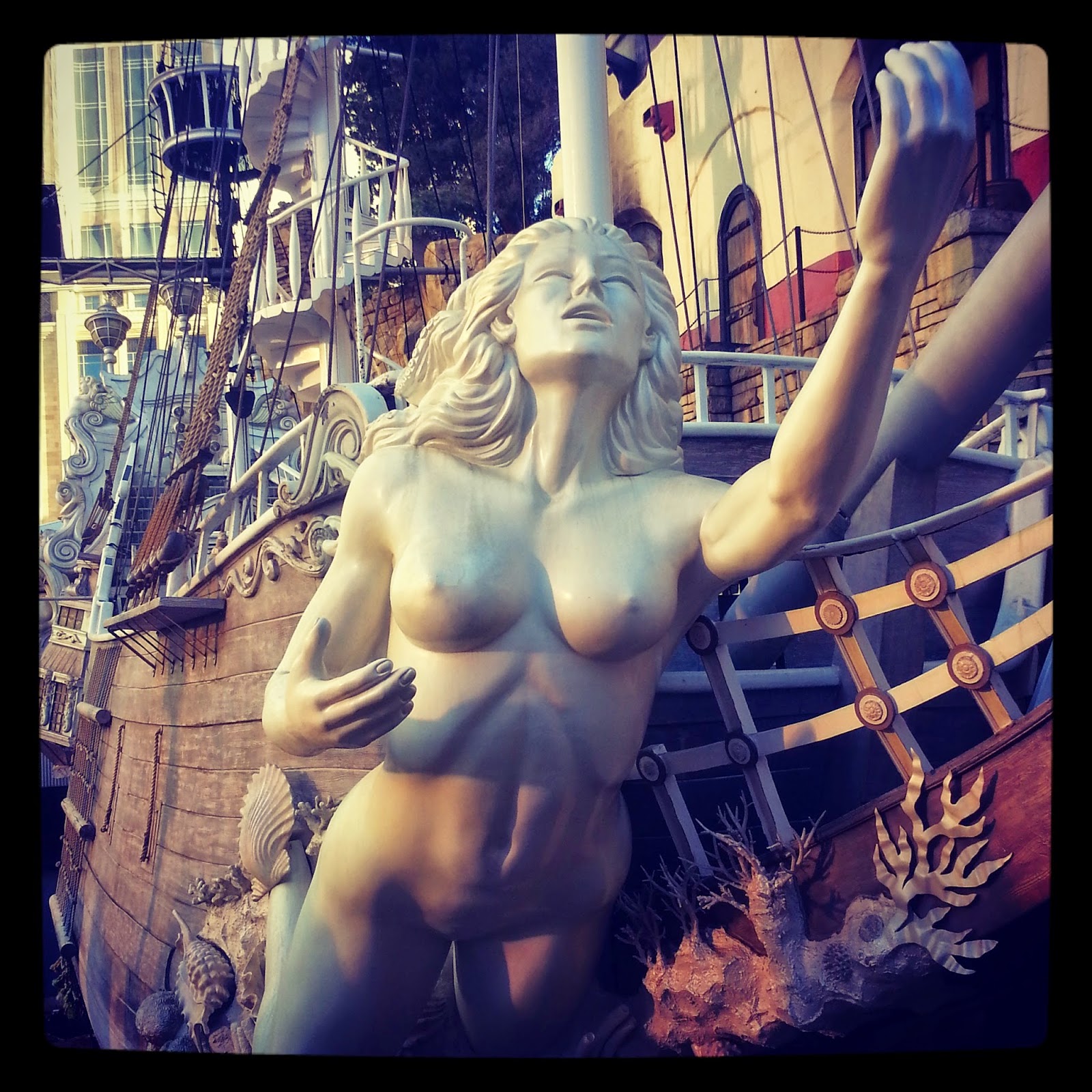 Without friends, family, and support, a book is a pile of paper covered in ink. It needs a community to succeed. Last night, my North Carolina community came out to celebrate my book's first months in the light. The evening brightened a few of the dark spots in the past six months and recharged me for continued challenges. Thanks to my dear friend Amy Monroe for taking the lead. The party wouldn't have happened without her.

Posted by jfulford at 5:59 PM No comments:

Email ThisBlogThis!Share to TwitterShare to FacebookShare to Pinterest
Labels: inspiration, Inspiration for Writers

No One Ever Told Me I Could

Did anyone ever say to you: You'd make a good helicopter pilot. Which, truth out, happened to be one of my dreams. Helicopter pilot or coast guard.

No one ever told me I could be a helicopter pilot. I decided the academy sounded too rough for a girl.

It's rough for a girl who never considered writer to be a career choice. Not that I didn't have good, caring English teachers. I heard from one of them this week and thanked her for making an impression on me. All of them made an impression on me, but it wasn't the kind of impression that would lead me to consider writing as a career.

Writing for a living is hard, hard work. You must have discipline. You must love it. You must love it in a way that you get nothing more from it than the writing itself. The writing itself must be the end-all. Forget money. Forget fame. Forget fans. Forget recognition. Forget making minimum wage, because you won't make it wanting money and fame and recognition. Some writers earn those prizes. Some are marketing phenoms. Some make money writing books about how to successfully market books to those of us who never will.

Then, there are the writers who are so damn good, you read their books and fall in love with them. Their love of writing shines through laser-true.

Yes, I suppose I want people to fall in love with me. With my writing. That's all I want. Too much to ask?

Email ThisBlogThis!Share to TwitterShare to FacebookShare to Pinterest
Labels: The Real Life of a Writer, Why write

About three years ago, I pitched a book at a practice session of the Willamette Writers' annual conference in Portland. I stood in a roomful of other aspiring authors and gave my three-minute elevator speech for a panel of four agents. I succeeded because I finished without fainting, and one of the agents thought the idea sounded sexy. Unfortunately (or fortunately?), no agents at the conference took me as a client.

During that same session, I heard another fellow give a pitch, and later we ran into each other on the way out of the hotel lobby. He was H. Joseph Hopkins, and he already had a publisher for a children's picture book. I forget what he had been pitching; he didn't leave the conference with an agent either. But Joe and I hit it off from there, though we didn't run into each other again until several months later (maybe a year). We related and had good conversations.

One reason we get along is because Joe is excellent at telling stories. He has a deep curiosity about people and historical events, the off-beat kind. That's how his picture book got published. It took him 10 years! One trial after another delayed the release. But a year ago this month, Simon and Schuster published his book, The Tree Lady: The True Story of How One Tree-Loving Woman Changed a City Forever. It chronicles the notable life of Kate Sessions, who was chiefly responsible for making San Diego green. 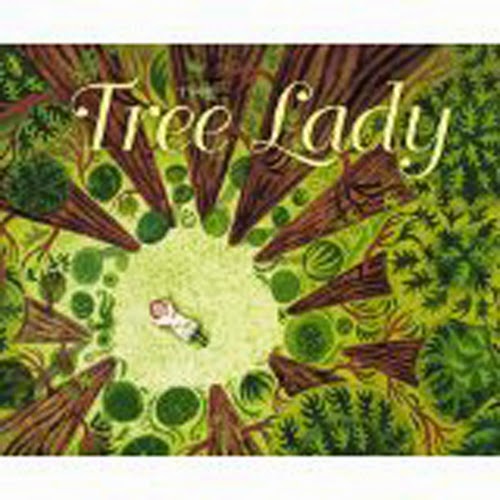 JEN: How did Kate Sessions do so much?

JOE: Kate Sessions is one of the “visionary captains” of early San Diego, one of a small circle of people—mostly businessmen—who set the cultural and economic directions that San Diego has followed. You might wonder what made Kate Sessions a visionary captain. She had longevity, for one. She worked at planting in San Diego for 55-plus years. Very few people get to plant a tree and watch it grow for 50 years. She also had the stamina to work outdoors in the Southern California sun and heat seven days a week, year after year. She attributed her good health to working outdoors in fresh air, wearing loose-fitting clothing, comfortable shoes, and always a hat. She also never married, so her time was not divided between family, home, children, and work.

JEN: What kind of person was Kate Sessions?

JOE: She was extroverted, gregarious, high energy, impulsive, made decisions on the spur of the moment, always on the go, and most of the time late. There was only one-way to do things: Kate’s way. She often grabbed the shovel or pick from a workman and demonstrated the proper way to use the tool: her way. She was not money-oriented: she gave away flowers to children, donated nursery plants to civic projects, and provided more plants than the customer ordered. Thought frugal, she was always short of money. Neither was she domestic. Kate did not spend time cooking, cleaning, or keeping house. She hired a housekeeper. She wrote that women would be healthier if they worked outdoors. She once told a judge that women could not expect justice in a court of law.


JEN: Why did her story fascinate you so?

JOE: Thinking back, one thing that attracted me to Kate Sessions was my positive bias toward green plant color. I was familiar with a lush, green landscape after having grown up in Missouri’s Ozark Mountains and then in Washington State’s Puget Sound. When I saw the green lawns, palms, and trees of Balboa Park, on one side of the road, and the earth tones of the Southern California desert on the other side of the highway, I think something automatic in me took over: I was drawn to the greenery in the park. When I first heard of Kate Sessions, I was spending my working days helping middle school students remember what teachers talked about. Most of these students had experienced years of defeat in school, and they were discouraged. I thought Kate might serve as a hero, a person who had persevered and overcome, a person to emulate. I began telling stories about Kate as a means of practicing listening and remembering.


JEN: You always have such great ideas for books and papers when we speak. What do you want to work on next?

JOE: Do you recall the name "Althea Gibson?" Gibson was the first black woman tennis champion during the middle 1950s. I'm working on a picture book about Gibson and an English player, Angela Buxton. Among elite tennis players Gibson (a black) and Buxton (a Jew) were outsiders. The elite ladies tennis stars were like a Protestant upper class sorority that moved from town to town living off the wealthy who supported amateur tennis. Gibson and Buxton, united in their status as outsiders, formed a lasting friendship that carried on for decades after tennis. Gibson was one who overwhelmed opponents with her intimidating physical skills; Buxton had the verbal and schmoozing skills of a skilled problem solver. Gibson was ahead of her time, playing like Billie Jean King and those who would come later when ladies tennis became a major money maker. She played a masculine game during an overly feminine era. Buxton played with a similar determination to win. So I'm taking vignettes from their tennis careers to point out how they played the roles of a friend.

Thanks, Joe. Always great to hear from you. Find a link to his book and learn more about Joe on www.KateSessions.net.

Posted by jfulford at 3:43 PM No comments: