Portland Writers and Beyond

Having kicked around Portland for two years now and skirted around this thriving writing community, my circle of writer friends has expanded. Let me begin by stating that Portland is a beehive of busy hands on keyboards. At least three large writers' groups maintain significant memberships here. Many agents and small publishers operate in the region. And the number of coffee shops to writers is probably 1:1. I can walk to five coffeehouses within a quarter of a mile of my home and end up meeting another writer just like myself. The only difference between us would be that I'm still lugging around a PC rather than a Mac. (Unrelated aside: Wish they'd open a new place for writers that sells pizza with lattes.)

The big names in town, whom I've seen from afar and am once removed, are Chuck Palahniuk (his site) and Cheryl Strayed (her site). Chuck is the king of Portland fiction and has written for years with great acclaim. His best known work is Fight Club, though he has many more titles worth reading. Cheryl has recently come into her own with the huge success of her memoir Wild. They are by no means the only writers in town who have done well or who write for a living. Many, many others work here, too. (See Patrick deWitt, who was shortlisted for the Man Booker Prize; Daniel H. Wilson, whose book Robopocalypse is being made into a movie of the same name; and Delilah Marvelle, a successful romance author.)

My more intimate circle includes the lesser famous, but no less dedicated.

I recently met H. Joseph Hopkins at a writing conference and struck up an acquaintance. He fell happily into a book deal. Ten years ago. His book will be released next month! He has written a children's book about Kate Sessions, the woman who almost single-handedly changed San Diego into a lush paradise 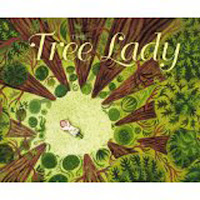 because of her love of horticulture. He visited the city many years prior to writing his book and became fascinated by Sessions. Already interested in writing, he took his idea for the book to a writers' conference, and one night, feeling inspired, he wrote the book and read it to the group the next day. An illustrator in the crowd mentioned it to her editor at Simon and Schuster. The editor passed it to another editor, who loved the idea and concept. After years of give and take, a few office departures and life's ups and downs, Simon and Schuster will release Joe's picture book Sept. 17, The Tree Lady: The True Story of How One Tree-Loving Woman Changed a City Forever.


Marjorie Thelen and I also met at a writing conference and became good friends navigating the brave new world of indie authorship. Marjorie has been writing seriously for ten years. Tired of the slog toward traditional publication, she decided to self-publish in December 2011 and has never regretted it. She just released her fourth book, High Desert Detective, which I'm reading now and loving. Marjorie is a super person, a sharp storyteller and an all-around interesting character. She lives on a ranch in southeast Oregon with a garden, chickens, roaming cattle, an unwelcome skunk and a volunteer-fireman for a husband. When she comes to Portland, she gets giddy walking through our fancy grocery stores. She also likes a good beer.


Sally Lehman has been my shoulder to cry since I landed in town the summer of 2011. One of the kindest persons I've met in the area, Sally pours herself into the study of good literary techniques and good authors. She follows the Portland literati scene pretty intensely and has studied with some heavy-hitters. She has written four novels, three of which she has self-released off and on. I've greedily read one and am reading another in critique group. She has a strong grasp of style and narrative. For being such a gentle person, she also has a twisted mind, but in a good way. To get a sense of her work, read the latest customer review of her shortest novel, Small Minutes, on Amazon.


Ava Collopy is the bravest writer I've met in Portland. That's also how she lives her life. She writes without imposing limitations on herself. Perhaps because she was home-schooled or always had to be her own best friend, she goes about her writing projects without any negativity or self-doubt. This is highly unusual in the writing world. There are times that I've had conversations with Ava and thought: "You're only 27?" She's a sage in pixie form. I miss her since she left her Portland home last year to follow her heart to Dublin. She fell in love with a traveling Irishman and married him on Valentine's Day. Her writer's eye focuses on minutia and the inner worlds of complicated people. Her latest release is, appropriately, The Self-Made Woman.