Quotes to keep the pen on paper, pads on keyboard:

Yes, you will have to find “your voice,” and yes, you will have to learn the craft of writing, which is endlessly demanding and so varied that you will probably never feel you are more than a clumsy student. And don’t limit yourself to study only the craft necessary to produce your particular kind of writing ...
But all of those necessary skills are servants to your Lord and Master: write what you cannot stop yourself from thinking about, even if it disgusts everyone you know. Readers read to subsume their consciousness, for a profound but limited time, into another’s. Some want reassurance, some want challenge. Some want pleasant lies, some painful realities. You may be unlucky and be fated to have a small audience. That’s too bad. (By the way, it is the fate of almost every writer.)

Over time, if you work hard and write what obsesses you, there will be readers who will want to live in your peculiar universe, and precisely because what you have provided is rare they will be all the more grateful for your creation. -- Rafael Yglesias, American novelist

What I try to do with myself is just avoid the success or failure thing. Because there is so much about writing that is out of the writer's control. Not the action of doing it, but whether it comes alive or not. If I begin thinking in terms of failure, what happens is I get really depressed, and the game is over, because I've already decided. -- David Foster Wallace, 1962-2008, author of Infinite Jest

We both have a passionate and joyfully reckless belief that a simple act of creativity can better the world in wildly unexpected ways. -- Grant Faulkner, new executive director of NaNoWriMo, speaking of his predecessor, Chris Baty

Posted by jfulford at 2:52 PM No comments:

Email ThisBlogThis!Share to TwitterShare to FacebookShare to Pinterest
Labels: Inspiration for Writers

I don't like the poets I don't get.
The BS is thick, so the common folk won't take the time to understand.

The tidy anti-intellectual class wants burgers and guns and idols like us
who make the TV a place we could take over,
on the way to moneydom. 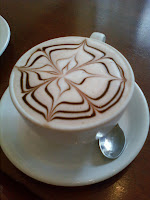 Who gives a flip if I write a poem worth a blog,
or an anthology book,
or a coffeehouse nook.

Just give me the coffee, for Christ's sake,
and I'll read the New Yorker, page 52,
and snivel. That one, I got. 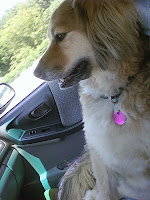 This universe is small enough to contact the creator.

I'll ask s/he/Id/ohm if dog is a benevolent stand-in, a nuzzle, a lick,
a padded paw on the emergency stick
when we spiral into the ravine.

My first take on goD/doG was silliness*
scribbled on the back of a scrap from the recycling bin
in the postage place/weigh station/point-of-all-outgoing light.**

The piece of paper was a letter from another writer,
Two lines of which read:***
So leave the worldly thoughts behind
and find the truth that is for you within yourself at this time.
You're all messengers the same as I.

I did not contact the creator.
Posted by jfulford at 4:01 PM No comments:

After such a multi-syllabic headline, of course you're burning to know what's top on my mind as we enter 2012. My intention was to avoid the list. The tube (the namesake, not the You version) mucked up my brain. Here goes:

Top 10 Useless Things I Learned From Cable TV Over Christmas

10. Shaq retired in 2011. He's got a dry sense of humor and an ego that doesn't get in the way of a ride on a pink plastic toddler's car for gags.

9. People are still trying to jump motorcycles (and snowmobiles) Evel Knievel-style. I think they drank too much Red Bull.

8. Most newscasters on local TV news stations are 20 years younger than me. Yikes.

6. A program called Live Sex is available on pay per view. In the Midwest. The rural Midwest. I'm talking at Grandma's. (Here's the address to write your congressman ... oh, who's kidding who?)

4. The more reality TV shows are on the air, the less--I want to write believable, but they were never believable--they are.

3. Dick Clark is alive and almost looks younger than me. But he's not on local TV news.

2. David Letterman is married, has a child and continues to do the Top 10 every night on his show.

Posted by jfulford at 8:36 PM No comments:

Email ThisBlogThis!Share to TwitterShare to FacebookShare to Pinterest
Labels: politics

On Writing and Being Selfish

Writing is a selfish act. Maybe not the most selfish but pretty darn close. (Did I actually write darn?) Of the occupations which could be considered selfish (and un-lucrative), I'd place writing up there with narcissism and politics. Oh, right. Narcissism isn't an occupation; it's more a pre-occupation. True, too, most members of Congress are millionaires.That confirms it. Writing is the most selfish and un-lucrative.

It's selfish because I get to daydream and not care about whether I shower. Or clean the kitchen. Or swab the toilets. I'm too busy chasing plot lines and figuring out ways to make my characters a little bit more interesting. I love them. In deeply complex ways. They are people I think about only a fraction less than real flesh-and-blood types.

I snap out of it a little during the holidays, hence my lack of posts in December. But I'm still writing in my head. Thinking about words and phrases for later. Scribbling notes to myself to change a scene or to add a line of dialogue. Writers talk about the "glaze" they get when they're doing this. "Are you listening?" is a question I get frequently when I have trouble turning off the spin cycle upstairs, and I'm not talking about laundry. (Can you tell I'm past the honeymoon with my dirty socks?)

Another comment I hear is "Oh, you're gonna make a million bucks." I nod. And laugh. Then cry a little on the inside because those chances are about as good as me becoming president. Wait. I think I could actually become president. A published author? Mmm, maybe. I'll keep you posted.
Posted by jfulford at 4:11 PM No comments:

Surviving Coronavirus AKA Chasing My Tail

It's only been a week. We're a week into an usual shift to pull inward. Keep to ourselves. Flatten the curve. Be socially responsibl...